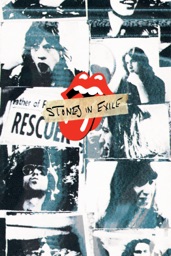 The Rolling Stones: Stones In Exile

In the spring of 1971 the Rolling Stones departed the UK to take up residence in France as tax exiles. Keith Richards settled at a villa called Nellcôte in Villefranche-sur-Mer and this became the venue for the recording of much of the band s masterpiece Exile On Main Street . Stones In Exile tells the story in the band s own words and through extensive archive footage of their time away from England and the creation of this extraordinary double album, which many regard as the Rolling Stones finest achievement.